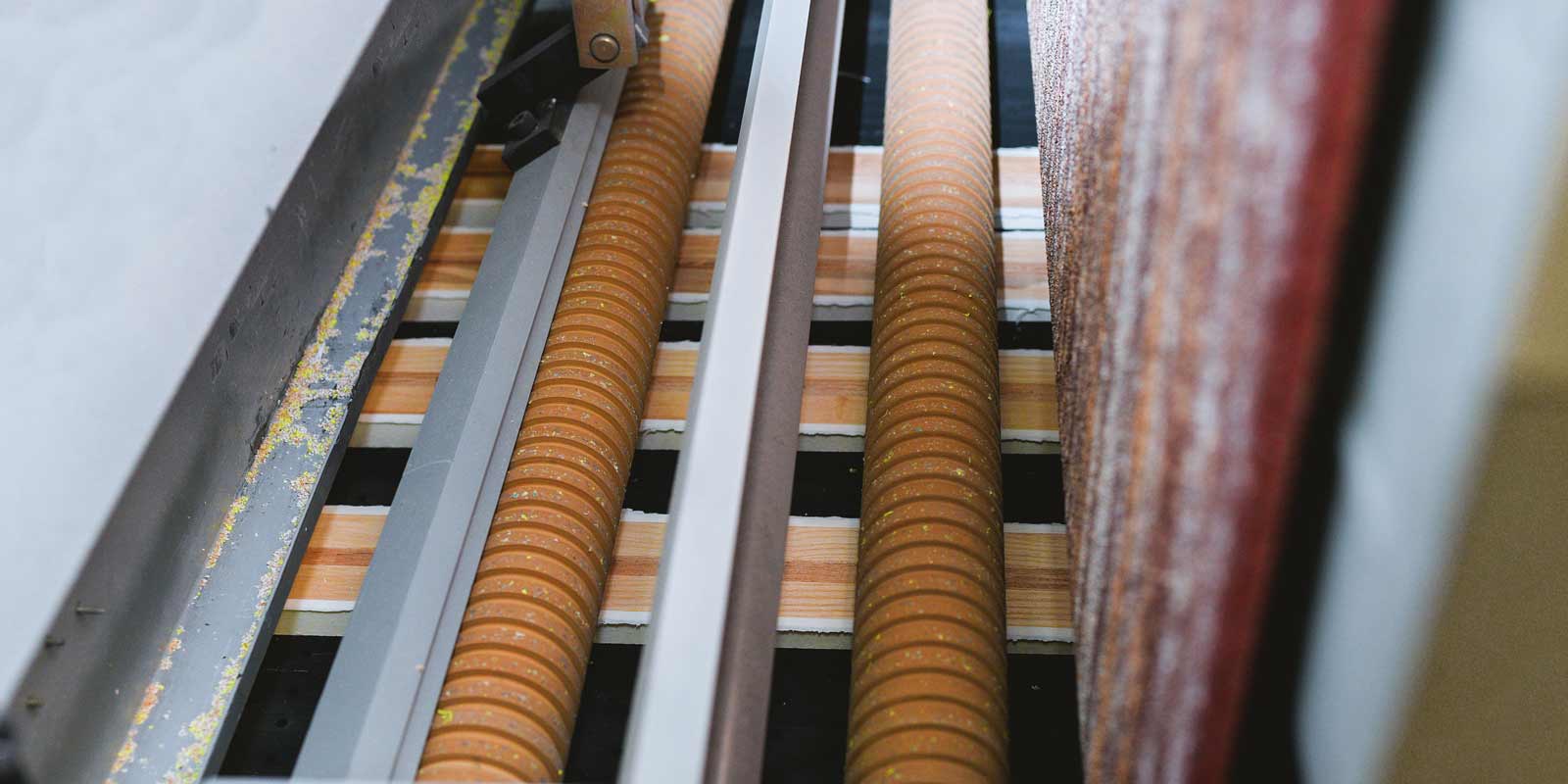 Howard Head was one of the pioneers in the 1950s, when he invented the first sandwich-ski. And amongst ski-manufacturers Head was one of the first users of Kündig's unique CNC-sanding-technology. As it seems, the Austrians owe their latest world champion titles also a little bit to the Swiss…

In a splendid ancient industrial building, a seemingly insignificant iron door leads to the sanctum: ‘Head Technology – Research & Development Racing’ is written on a small sign. We are greeted with a smile by engineer Bernhard Riepler, also known as “Mr. Racing”: “We practically never have visitors here, but for Kündig we will make an exception.” This is understandable because they manufacture the skis for the world champions at this top-secret department in Kennelbach, Austria. And of course they don’t want you to look too deeply into their secrets. The racing department of Head can be proud of countless victories by famous racers like Hermann Maier, Didier Cuche, Bode Miller and recently Ted Ligety, Lindsey Vonn and Anna Fenniger. 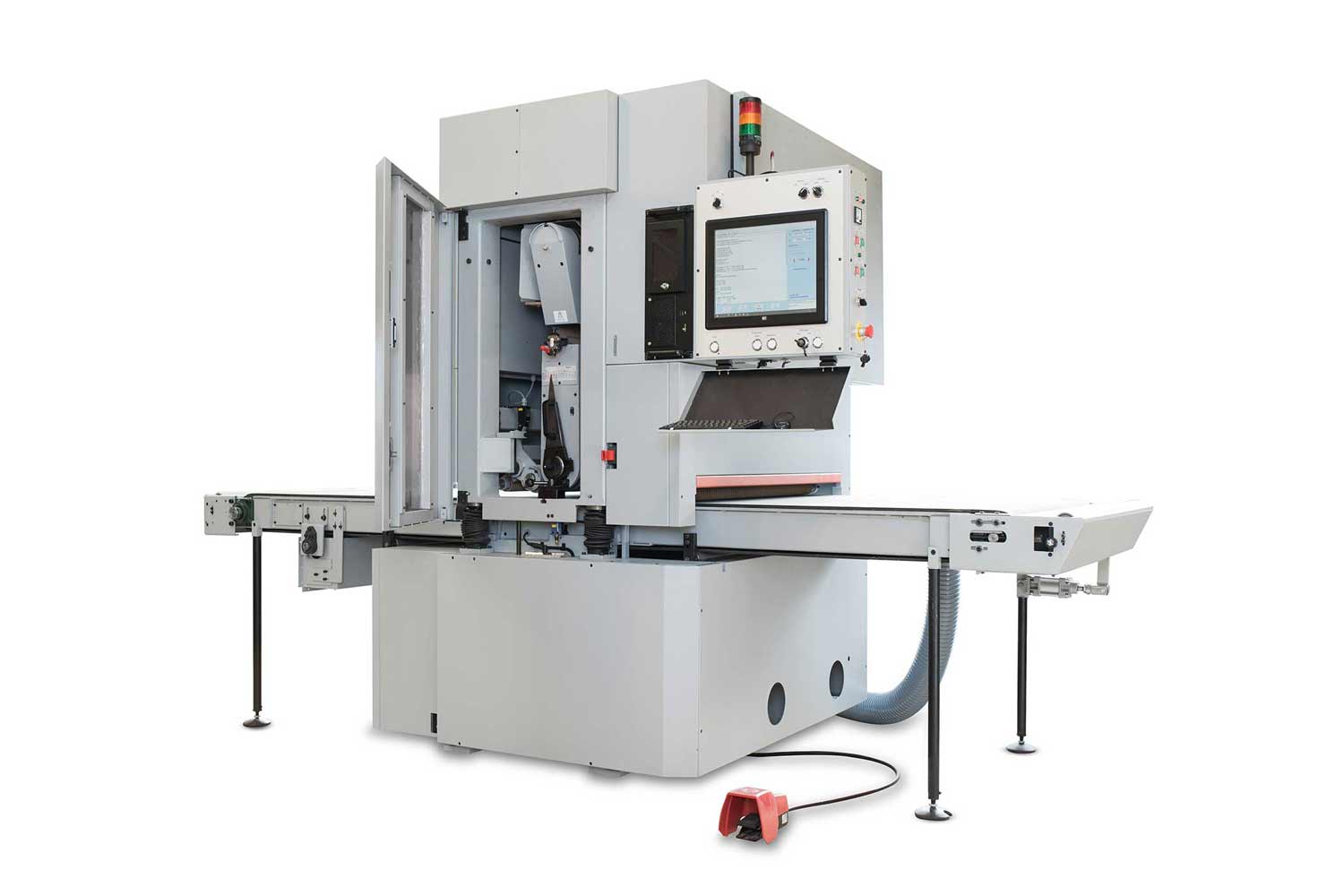 This secret to success isn’t a secret any longer

A “normal” skier does not have any idea of the enormous efforts behind racing, Riepler explains to us: “Our athletes need about 3 500 pairs of skis per season.” This means 20 to 30 pairs per runner and discipline: “With a top-racer, there can be a collection of some 200 pairs in each of the several disciplines.” Every ski is custom made: “Changes come either from the runner or is suggested by Head, if we were able to find another hundredth of a second by optimisations. We want to produce the best possible equipment for our athletes.” This seems to be a tradition of the company. In 1950 Founder Howard Head revolutionised ski production with his metal-wood sandwich construction. The British Head CEO Johan Eliasch also loves to race, states Riepler: “He was even a forerunner in the world cup and has been largely responsible for our racing department.” Eliasch was one of the first in ski-business who purchased a then brand new Kündig CNC-sander for “his” racing-department. This was more than ten years ago and is the reason, why we were allowed to visit the secret Head racing department so lately: “Today, our former secret of success isn’t a secret any longer, since many famous ski manufacturers now use this unique Kündig-technology.”

What makes CNC-sanding technology so interesting for ski-manufacturers is its repetitive precision, Riepler explains: “Two tenths millimetre of thickness more or less at the core can change handling characteristics of a racing ski significantly. Hence, adaptations happen in an area of only a few hundredths of millimetres.” He says that the Kündig Technic 1100-CNC has provided Head with the ability to consistently reproduce winning geometrys: “Before the introduction of the CNC-machine this had to be done by time consuming trial and error.” Since then Head has gained considerable knowledge and ability in formative sanding techniques, he states: „Some modern construction principles were generally only made possible with this machine. For example the transition zone, where the core and the gliding-layer border on each other, is now only a few tenths of millimetres thick. It can be produced only by high precision sanding.” Extremely high-quality skis are still made mainly from wood whereas foam cores are only used with cheap skis. “In my opinion the Kündig CNC-technology was the pioneer for a precise reproduction of racing skis.”

Als vielfacher Weltmeister, Olympia- und Weltcupsieger könnte sich wohl Helmut Gmeiner fühlen – zu mindestens indirekt, denn als CNC-Operator ist er für die Formgebung der Kerne verantwortlich: „Aber nein“, lacht er, „ein Sieg ist immer das Werk vieler, vom Rennläufer über den Servicemann bis zu uns allen hier in der Rennabteilung.“ Gmeiner lobt die Verlässlichkeit der Kündig Technic 1100-CNC: „Wir haben die Anlage ja jetzt einige Zeit in Betrieb und sie ist immer störungsfrei gelaufen. Ihr Alter sieht man ihr naturgemäß ein klein wenig an der Software an, aber die Schleifresultate sind nach wie vor tipp-topp.“ Helmut Gmeiner could feel at least indirectly as a multiple World Champion and Olympic- and World Cup winner. The CNC-operator is responsible for the important forming process of the cores. “Oh no”, he laughs, “winning is always the work of many people. The racer, the service guys and not to forget our whole team here in the racing department.” Gmeiner praises the reliability of his Kündig Technic 1100-CNC: “We have had this machine for almost ten years now and she has always been very reliable. Maybe our software is a little dated today, but the results are still state of the art.” As raw materials, different species of wood are glued together: “Mainly beech and ash wood for the core and poplar for the flanks because of the lower weight.” In the first step the waist contour is pre-formed then the profiles are sanded in pairs by the Kündig CNC. For this, the sanding-head moves upwards and downwards during sanding which is computer controlled. “We can grind up to 16 mm per passage“, he explains. The rather coarse grit does not impede the performance: “This would also be possible with finer abrasives. We need the coarse grit to get a keyed surface for better laminating results.” For a high precision, the sanding unit moves on precision ball screws which are aligned to extremely low angle errors. “This confirms for me the proverbial Swiss precision”, a delighted Riepler says. “Although our machine was one of the first examples in ski-manufacturing a decade ago, she is still seen as latest technology. The CNC-sanding technology permits production with smallest possible tolerances. Kündig have made the manufacturing of racing-skis a lot easier for us.” 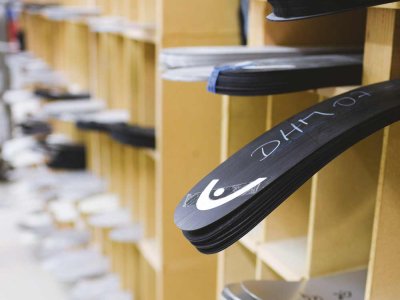 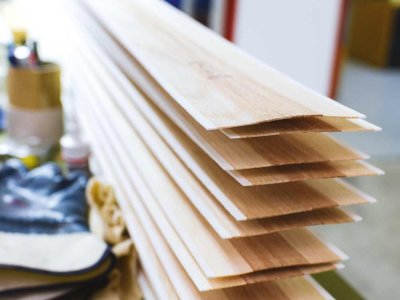 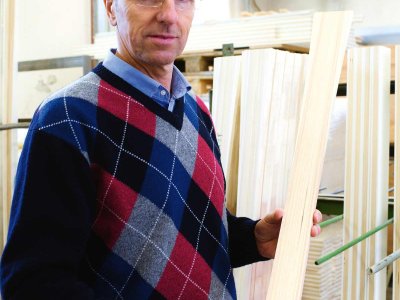